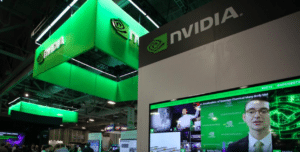 I spent one and a half days this week at the SuperComputing #SC17 show in Denver. As per the organizers, #SC17 was the largest in the history of the conference. Attendees and participants ranged from global server, storage, network, software technology providers to universities and  research organizations showing their work and use cases in Green Energy, Artificial intelligence (AI), Machine Learning (ML), Aerospace, Advanced Manufacturing, Autonomous Cars and other industries that rely on High Performance Computing (HPC).  Thanks to my friends George Koivun, Fred Shubert, John Nguyen and Danny Hsu from TYAN for inviting me there. It was quite a fascinating show and some of the highlights that I captured :

This is definitely an era of the GPU (Graphics Processing Unit) as industries and enterprises go through massive change due to Machine and Deep Learning, Artificial Intelligence and other Big Data applications. High Performance Computing is moving from University and Lab Research to mainstream applications as businesses are starting to realize the power of data analytics. NVIDIA had a noticeable presence throughout the trade show floor with several partners showcasing their products integrated into their systems. The company has transitioned from the GPU being used for 3D game rendering to accelerating computational workloads in areas such as financial modeling, cutting-edge scientific research and oil and gas exploration. In his keynote, NVIDIA CEO Jensen Huang gave a nice overview of the growing importance of GPU.  He explained how the CPU (Central Processing Unit) has been great for sequential computing but for some applications, parallel computing is unavoidable. For example, in certain applications even a small amount of code can introduce and contribute to over 99% latency. Such code needs to be offloaded and processed in parallel which is where GPU computing has been very successful in conjunction with CPU. He also mentioned that Accelerated Computing driven by GPU is about optimization across the computing stack – from architecture, processor, system, software all the way to developers who can write applications easily to take advantage of this architecture.

Jensen also introduced the Tesla V100 Volta CPU as the largest processor that the world has ever made. Cloud providers Amazon, Microsoft, Google, Facebook and Alibaba have adopted Volta and are offering/will offer GPU based cloud services. Additionally all major OEM server vendors i.e. Dell EMC, Hewlett Packard Enterprise, Huawei, IBM and Lenovo are offering Volta in addition to Pascal GPUs. As per NVIDIA, Tesla V100 offers the performance of 100 CPUs in a single GPU—enabling data scientists, researchers, and engineers to tackle challenges that were once impossible. The GPU is very suitable for autonomous cars, molecular dynamics, computational biology, fluid simulation etc and even for advanced Virtual Desktop Infrastructure (VDI) applications. At Dihuni, we believe that AI, ML and other data intensive applications will require to be processed both on-premises and in the cloud depending upon the application and we are suitably positioned to help customers with their GPU server processing requirements. For more information, visit the GPU server pages or contact us at digital@dihuni.com

It was great talking to Scott Aylor, Corporate VP and GM, Enterprise Solutions of AMD and the excitement on EPYC CPU traction was very evident from him as well as the traffic I witnessed at the AMD booth. AMD EPYC servers are new and leading the way for AMD to re-enter the server market. As per AMD, EPYC, with all the critical compute, memory, I/O, and security resources brought together in the SoC with the right ratios, delivers industry-leading performance and enables lower TCO. With the flexibility to choose from 8 to 32 cores, EPYC enables you to deploy the right hardware platforms to meet your workload needs from virtualized infrastructure to large-scale big-data and analytics platforms and legacy line-of-business applications. With respect to HPC, AMD EPYC solutions target machine learning, weather modeling, computational fluid dynamics, simulation and crash analysis in aviation and automotive manufacturing, oil and gas exploration, and more. TYAN, Supermicro, Asus, GIGABYTE, Echostreams all showcased AMD EPYC based servers at #SC17.

Dihuni has been an early AMD EPYC partner with a wide range of server offerings. For information on the new EPYC servers or to procure, visit our Single Socket or Dual Socket Rack and Tower AMD EPYC Server store. 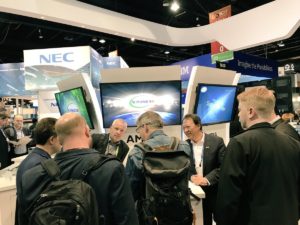 I was amazed by the number of server companies exhibiting at #SC17. Fifteen years ago, you could count them on fingers. This time around there was huge presence from server vendors from around the globe. Vendors were displaying a portfolio of single socket and dual socket  Intel Skylake Scalable Processor based Servers and some showcasing AMD EPYC based servers. Besides Supermicro, TYAN, Asus, GIGABYTE, Echostreams there were also companies such as Inspur, CRAY and major global players like Dell EMC, HPE, Lenovo, NEC, Fujitsu, Huawei and others displaying their latest and greatest products. And there were others I cannot remember. It was also great catching up with former colleagues and friends : Carol Pflueger from Dell, Wally Liaw, Tau Leng from Supermicro and Gene Lee from Echostreams.  Intel which was present in a major way at the #SC17 also announced that the Skylake Scalable Xeon now holds over 110 world records in performance and has delivered the fastest adoption rate of any new Intel Xeon processor with over 25 petaFLOPS of performance in 18 supercomputers.

We have talked about Liquid Cooling forever but seeing some really good examples was very reassuring. Companies such as Asetek, CoolIT, Allied Control, Motivair and others showcased their Liquid immersion cooling systems and heat exchange systems for CPU and GPU based servers, HPC clusters and data centers.

Overall, a very productive show with great learning and networking. On my flight back, I started to reflect on HPC happenings at #SC17 and my experience with Internet of Things (IoT) and Big Data and how these are related. Over the years, I can see a convergence of technologies all under one big ‘Analytics’ umbrella for different Digital Transformation applications using AI, ML and Deep Learning methodologies. In IoT alone, the amount of data that will be available from connected industries and smart cities etc will be overwhelming and will need new technologies for processing and analyzing this data. We have barely scratched the surface there. Perhaps in future we may not have HPC as a term at all as we move from ‘performance’ to ‘accuracy’ and ‘reliability’ of outcomes from data analysis. Additionally, whether we call it HPC or not, such data processing and analytics technologies will have to get simplified greatly for mass adoption.