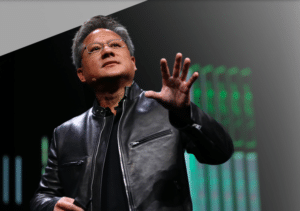 In his keynote at the GPU Technology Conference 2018, NVIDIA Founder & CEO Jensen Huang made 3 major announcements : 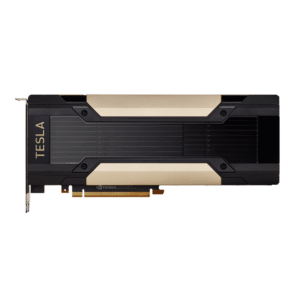 The Tesla V100 GPU 16GB which was thus far the highest performance GPU of the world has been surpassed by one of its own family members born today….a 32GB version which will be able to help data scientists train deeper and larger deep learning models. HPC performance can also be increased by up to 50% per NVIDIA.

The Tesla V100 32GB GPU will be available with NVIDIA’s DGX systems right now and later in the quarter in partner products from  Cray, Hewlett Packard Enterprise, IBM, Lenovo, Supermicro and Tyan .

Besides two petaflop of performance, NVIDIA’s new DGX-2 system features 16 new Tesla V100 32GB GPUs and will debut NVSwitch which extends the innovations made available through NVIDIA NVLink, the first high-speed interconnect technology developed by NVIDIA. NVSwitch allows system designers to build even more advanced systems that can flexibly connect any topology of NVLink-based GPUs. The DGX-2 is suited for developers and data scientists for extreme computing needed for intensive deep learning research.

“The extraordinary advances of deep learning only hint at what is still to come,” said Jensen Huang, NVIDIA founder and CEO, as he unveiled the news at GTC 2018. “Many of these advances stand on NVIDIA’s deep learning platform, which has quickly become the world’s standard. We are dramatically enhancing our platform’s performance at a pace far exceeding Moore’s law, enabling breakthroughs that will help revolutionize healthcare, transportation, science exploration and countless other areas.”

Great announcements from NVIDIA today. We look forward to working closely with NVIDIA on these new products. Congratulations Jensen and the NVIDIA team!