The NVIDIA Tesla V100 16GB (900-2G500-0000-000) has been designed to accelerate AI, HPC, and graphics. Powered by NVIDIA’s latest GPU architecture, Tesla V100 offers the performance of up to 100 CPUs in a single GPU—enabling data scientists, researchers, and engineers to overcome challenges that were once thought impossible.

Check out our broad V100 server portfolio here and send us your configuration details for pricing.

As a NVIDIA Preferred Solution Provider, we are authorized by the manufacturer and deliver only new original factory packaged products. We strongly recommend against purchasing this or another NVIDIA product from unauthorized partners.

The NVIDIA Tesla V100 16GB (900-2G500-0000-000) is the world’s most advanced data center GPU ever built to accelerate AI, HPC, and graphics. Powered by NVIDIA Volta, the latest GPU architecture, Tesla V100 offers the performance of up to 100 CPUs in a single GPU—enabling data scientists, researchers, and engineers to tackle challenges that were once thought impossible. 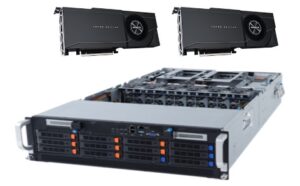